I’ve been so busy with work lately, I feel like I’ve been neglecting the blog! I feel so bad if I don’t post at 6am on a Tuesday morning. It’s quite silly the pressure I put on myself, which surprises me as I’m not usually this organised. The only reason why I’ve kept it up (the only thing I can put it down to) is the fact that I love doing it. It’s hard finding the motivation (especially on the weekend when all I want to do is relax) but at the end of the day it’s extremely satisfying. I hardly have time to even promote the site but I started the blog for myself and my own development, so I guess that’s the most important part – right? Goodness, it’s hard to believe it’s soon coming up to two years soon. Yeiks!

On Friday after a huge (but great day) at work, I went for a cheeky little Pipsqueak cider at Little Creatures. It had been a long day, and I was super hungry so I ordered one of their pizzas (which probably saved me from a terrible hangover the next day!). Anyway, I thought I’d give it a shot myself. This almost reminds me of an onion tart my Mum would make for us as kids. The sweet oven roasted pumpkin and tangy goats cheese pair so well. Add a few sprinkles of cumin and coriander to add another level of flavour. This was quite different to your tomato based usual pizza, but it really is just as good, if not better! Perfect for an Autumn lunch with a nice glass of wine. 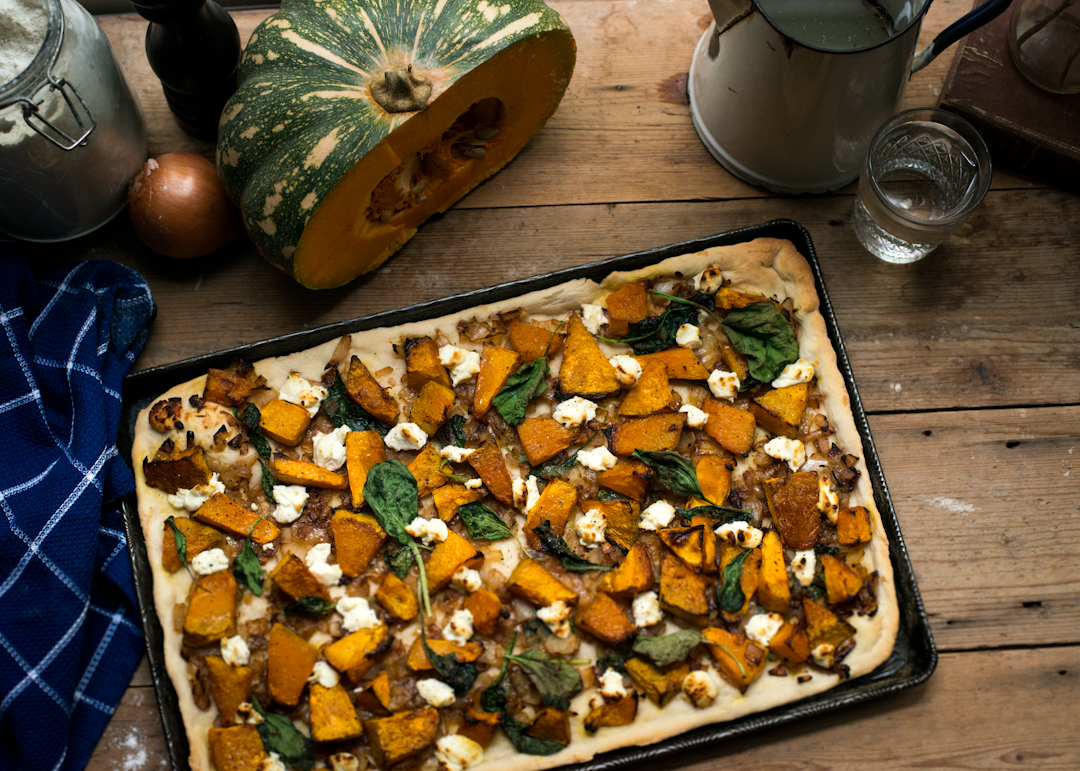 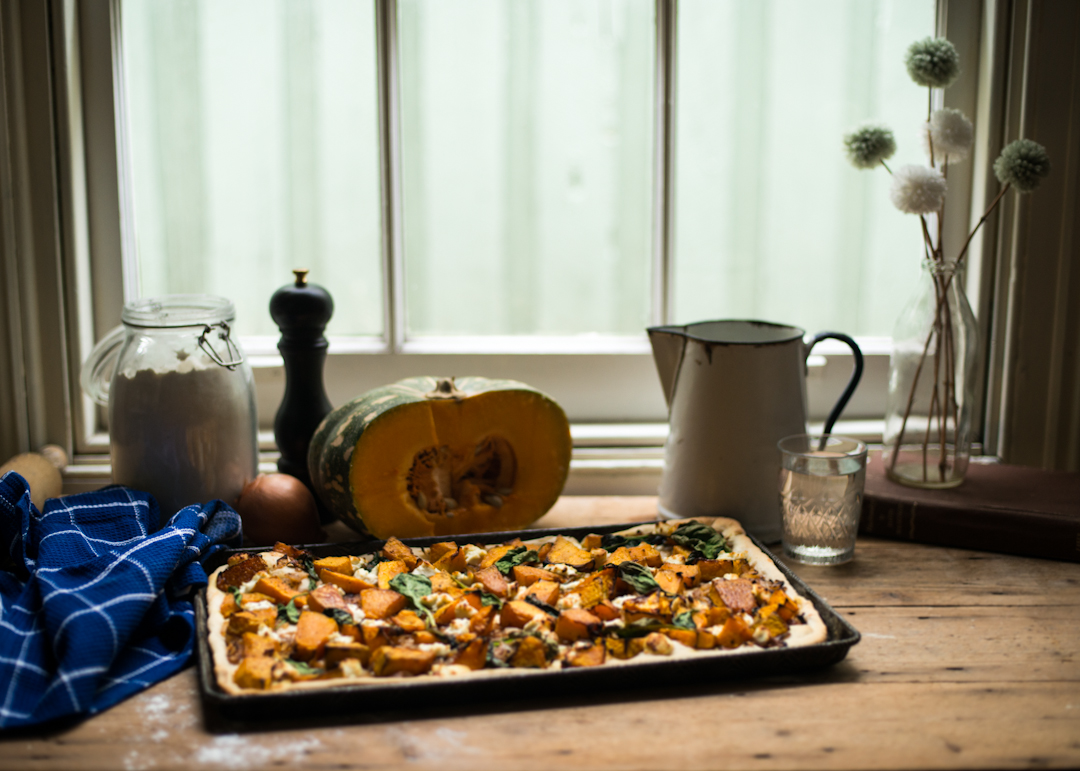 1. Place flour, yeast, salt and sugar in a bowl. Make a well and add olive oil and water and mix into a dough. Knead for 3 minutes in a mixer with a dough attachment or knead on a well floured work surface until it develops a sheen and blisters. Place back into the bowl and cover with cling film and leave in a warm place until it’s doubled in size (about an hour).

2. Meanwhile, whilst the dough is rising, chop the pumpkin into relatively small cubes and place on a well oiled oven tray and season well with salt and pepper. Cook at 200ºC for about 30 minutes and turn it over half way through. It should be nice and soft by the time you pull it out. Ensure you leave the oven on to preheat the oven for the pizza.

3. Dice onion and cook on medium heat in a well oiled frypan. Cook slowly for 15-20 minutes stirring regularly. You don’t want the onions to burn, but rather cook slowly and turn a nice transparent golden brown colour.

4. Once the dough has risen, roll it out onto two trays (or one big one in my case), ensuring you push it right out into the corners. Spread the cooked onion evenly over the base, followed by the cooked pumpkin and sprinkle over the cumin and coriander. Crumble small pieces of goats cheese over the top and sprinkle a good handful of spinach leaves over the top. Place in a 200ºC preheated oven (should be preheated from the pumpkin) for about 10 minutes or until the crust looks crunchy. Enjoy!