I have had the BEST weekend – ever!  On Friday I drove up to the beautiful snow capped Mt Hotham (5.5hrs drive out of Melbourne) where I learnt to ski for the very first time. Why hasn’t anybody ever told me how much fun this is?? It was a big group trip, organised by one of our friends. Everyone in our group had varying experience skiing/snowboarding, and there were a few of us that were complete beginners like myself.  Saturday was a perfect ‘blue bird’ day (a bit of ski lingo I picked up, meaning blue skies and no clouds – perfect for learning! Yessssss! ; )  We started off with the beginners class which included how to stop (very important!!!) and turning. Shortly after our lesson we decided to venture up to the summit on the ski-lift (another nerve wracking first) and try skiing down the summit run. SOOO MUCH FUN! I was amazed how much you can pick up in just a day. I was also surprised how many tiny fearless kids there were skiing all by themselves – they were really showing us up! 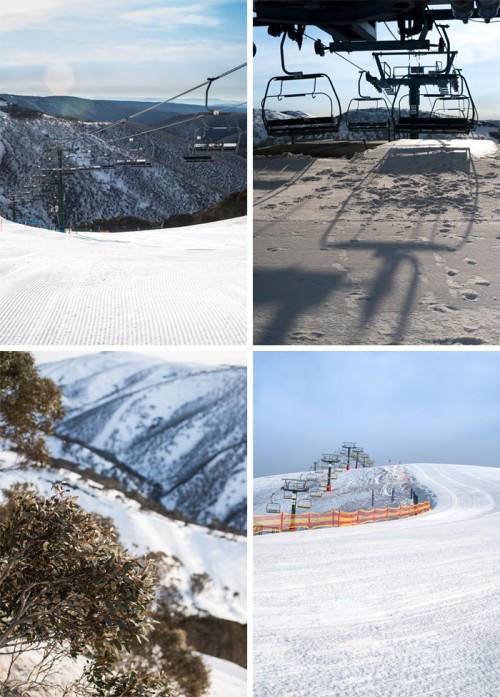 I love the fresh alpine air and the immaculate grounds first thing of a morning!

The next morning, after a big nights sleep, our confidence had dropped a little – but we pushed through and kept practicing down the other beginners ‘green’ runs. It was near the end of the day and I was making my last run down ‘the summit’ when I bumped into Seb at the top of the ‘Sun Run’ (this run was ‘blue’, the next level of difficulty). Now, I can’t even remember how the conversation went but SOMEHOW Seb talked me into going down it! I hadn’t even seen a pair of skis 48 hours before! To say I was ‘packing it’ was an absolutely understatement. I have never been so petrified in all my life. I remember sitting down halfway and telling Seb there was no way I could finish it. I was convinced I’d have to walk BUT… I stuck with it. I did have a little slip or two but I actually made it down in one piece! I’ve now found myself in a position where I may be addicted to skiing. If you’ve never been, and nobody has told you how much fun it is, well I’m telling you now. Try it for yourself if you can! It’s fuuuuuuuun! 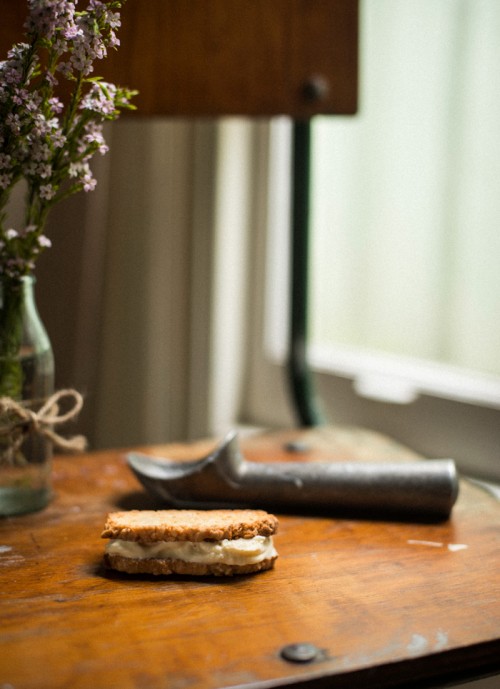 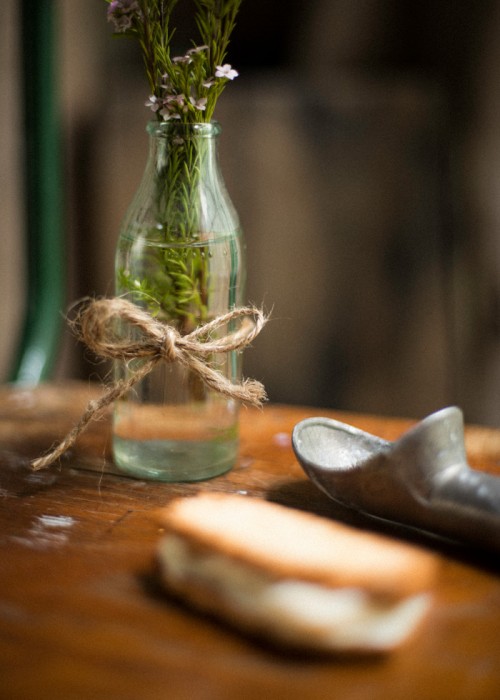 Beat egg whites in a spotlessly clean and dry bowl with an electric mixer. When soft peaks form, gradually add the sugar while continuously beating.

Add flour a little at a time to the edge of the mixture and fold in. This helps prevent losing all the air in the eggs. Once all flour has been folded in, add the lemon rind and coconut. Put the mixture into the prepared pan. Bake in a preheated oven for 35 minutes or golden brown. Let cool on a wire rack.

Once cool, use a serrated knife to cut as thin as you can. Place in an oven at 150°C. Bake for 5 minutes on one side and then flip them and cook on the other side. Remove from the oven and let cool. Once cool add a scoop of your favourite vanilla ice-cream and eat straight away!