A couple of weeks ago we went to George Calombaris’ restaurant Hellenic Republic and had one of the tastiest meals in a while. I haven’t tried a lot of Greek food, apart from the odd souvalaki here or there, so it was exciting to see what would come out. We tried the tasting menu and this Cypriot Grain salad was definitely the winner of the night (crispy salmon came a close second). I think the best way to describe it is almost like a super charged tabouli salad, but with way better. The yoghurt, honey and cumin topping just makes it a-m-a-z-i-n-g and takes it to a whole new level. 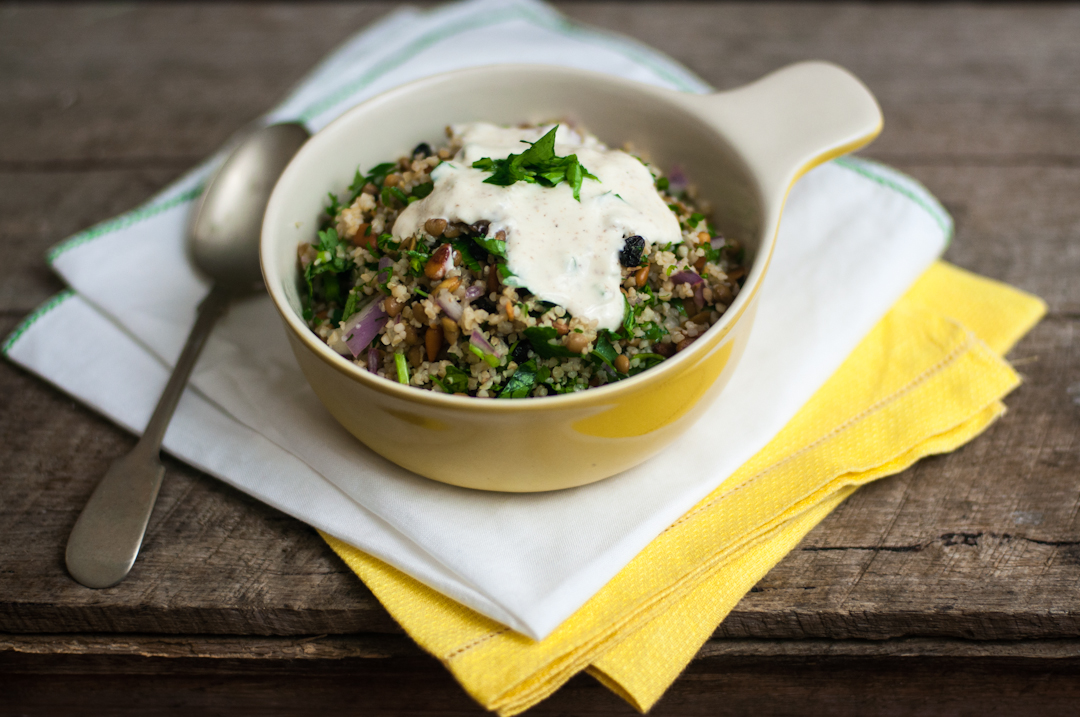 It’s a pretty big investment for time and money if you’re going to make it as there’s quite a few ingredients, but anyone who tries this salad will remember it forever. Seb made it for a bbq we had a few weeks ago where we had, as per usual, stupid amouts of food. Everybody couldn’t wait to try it (we’d talked it up a fair bit) and nobody could resist going back for seconds and thirds. Needless to say we had loads of snags left over that night. 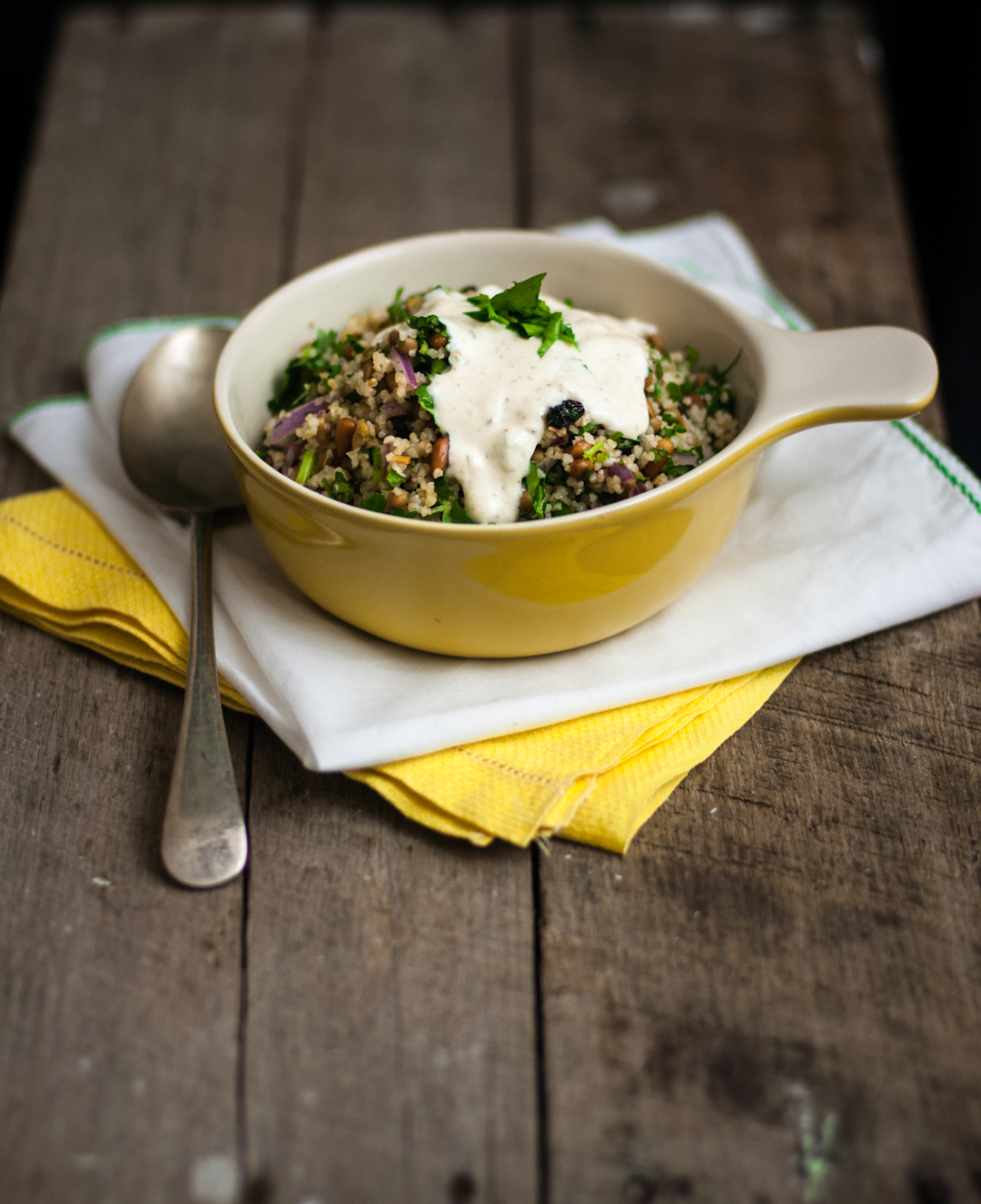 2. Drain well and allow to cool.

3. Mix the yoghurt, cumin and honey till combined.

5. Add the yoghurt mixture on top just before serving or serve it on the side.