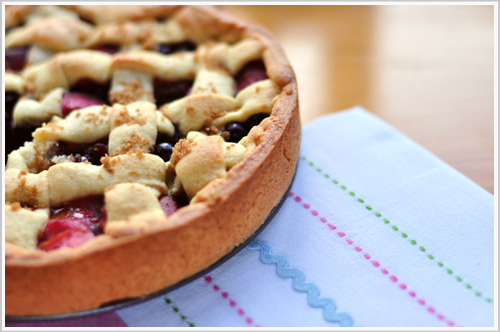 I made this Apple & Blueberry Pie for a bbq a few weeks ago and it was so well received – to say the least! If you’re not confident about making pastry, have no fear. The recipe is dead easy as you pretty much just put everything in your food processor/mixer/bowl and just beat it till it comes together. I think one of the most important things in pastry making is letting it rest and cool in the fridge. Let your filling cool quite a bit before you start 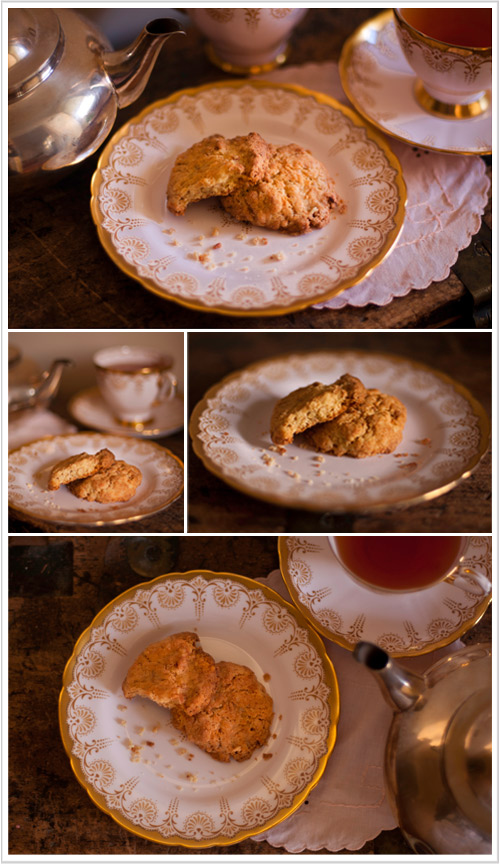 Hmmm…what to bake? I know I have some almonds in the pantry and I’d love a little biscuit to go with my afternoon tea so it’s decided. Almond biscuits! I found this dead easy recipe on the taste.com website which makes 24 biscuits, if you can get the mixture out of your mouth and in the oven.     Almond Biscuits Makes 24 Biscuits 125g butter 1.5 cups self raising flour 1/2 cup sugar 60g chopped almonds 1 egg lightly whisked 1tsp vanilla essence 1. Preheat oven to 180°C.  Melt 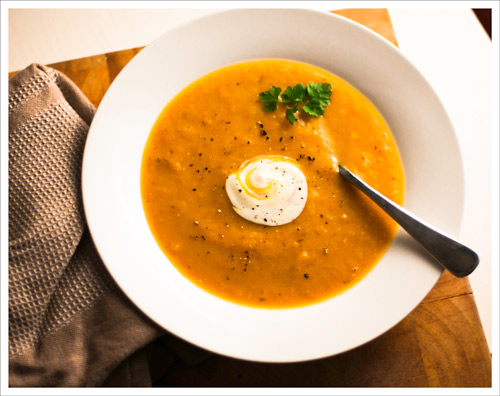 At the moment I’m spending a lot of time at the studio here in Carlton and taking yummy packed lunches. I used to love the Covent Garden soups they have in the UK and in winter, 9 lunches out of 10 I’d be trying another different flavour. Anyway, I still haven’t moved on and I still love soup for lunch and I haven’t had it in ages so I’m craving it. My favourite of all favourite soups would have to be pumpkin soup. It’s so sweet with the browned onions 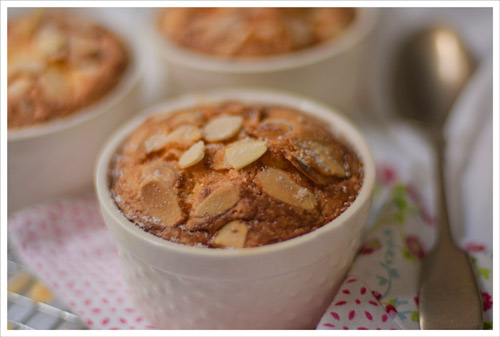 All this time at home job hunting is soooo good! Not the job hunting bit but all the time spent at home. More time to cook delicious things and show and tell everyone (although I feel as though I’m telling a brick wall). I found this recipe flipping through a recipe book that came with my magimix – ♥. I could see I had a lonely pear in my fruit bowl and I knew I had some slithered almonds in my pantry screaming to be used in something yummy – 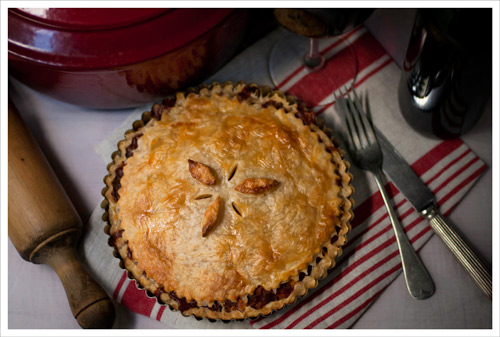 BRING ON THE ASH CLOUD!!! Over the past couple of weeks I’ve had the pleasure of fostering a few strays that the ash cloud swept in! Yippee for me! My last visitor was lucky enough to be stuck in Melbourne on business so had an extra day off from work – all expenses paid!  Although she had a nice hotel room waiting for her, I thought there’s so substitute for a good home cooked meal so I decided to cook the Vegetable Pie that I’ve been thinking about for the 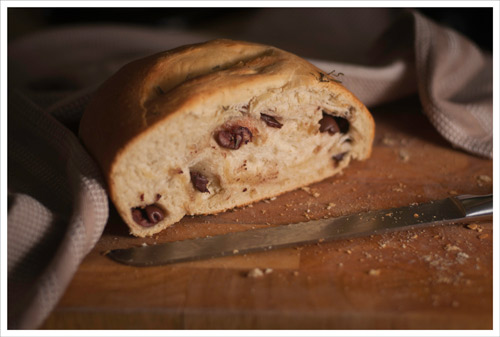 As far as I’m concerned, there’s three amazing cooking smells – frying onions, fresh coffee & the smell of freshly baked bread out of the oven. I’ve cooked bread a handful of times and had some triumphs and some disasters so I wasn’t feeling overly confident that it wouldn’t turn out into a big rock cake. All in all it took a good couple of hours and a whole lot of love. The recipe was for two loaves of bread so I made one plain loaf for breakfast and added

A new city, a new blog

After 8 months of living out of a suitcase and a small tea create box of clothes, I will once again be settled in a house I can call my own-ish! After living in the UK for almost 5 years, Seb and I decided to move back to Australia. Although not moving back home/home to Hobart, we’ve relocated to just a hop skip and a jump over the pond to Melbourne, which is the perfect sized city. It’s got that small town friendliness feel with that extra pizzaz of cool