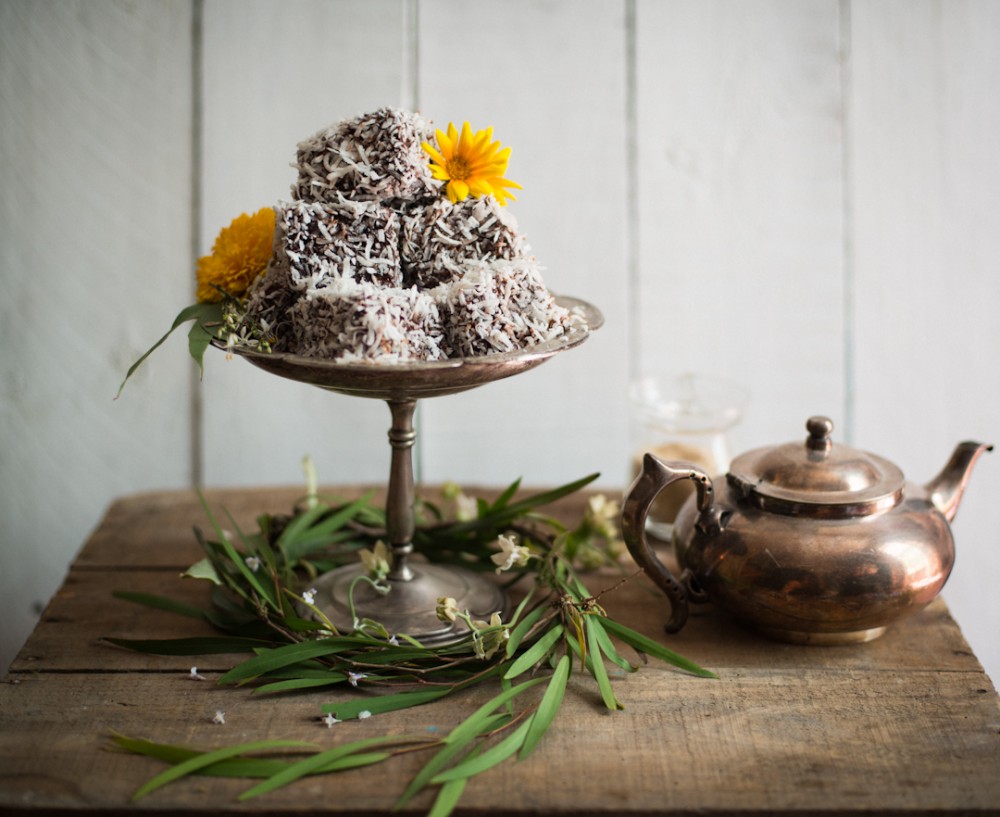 This week I thought I’d make something traditionally Australian for the upcoming national holiday – The Lamington. Oh goodness they’re amazing. If you’re reading this post in some exotic country and have never heard of lamingtons, well then you’ll HAVE to try this recipe – there’s no two ways around it. They’re small squares of sponge cake, dipped in chocolate and covered in coconut (and sometimes with a strawberry/raspberry jam filling). Whilst brainstorming for this weeks Australia Day post I came up with the brilliant idea of Nutella Lamingtons – genius, if I do say so myself! 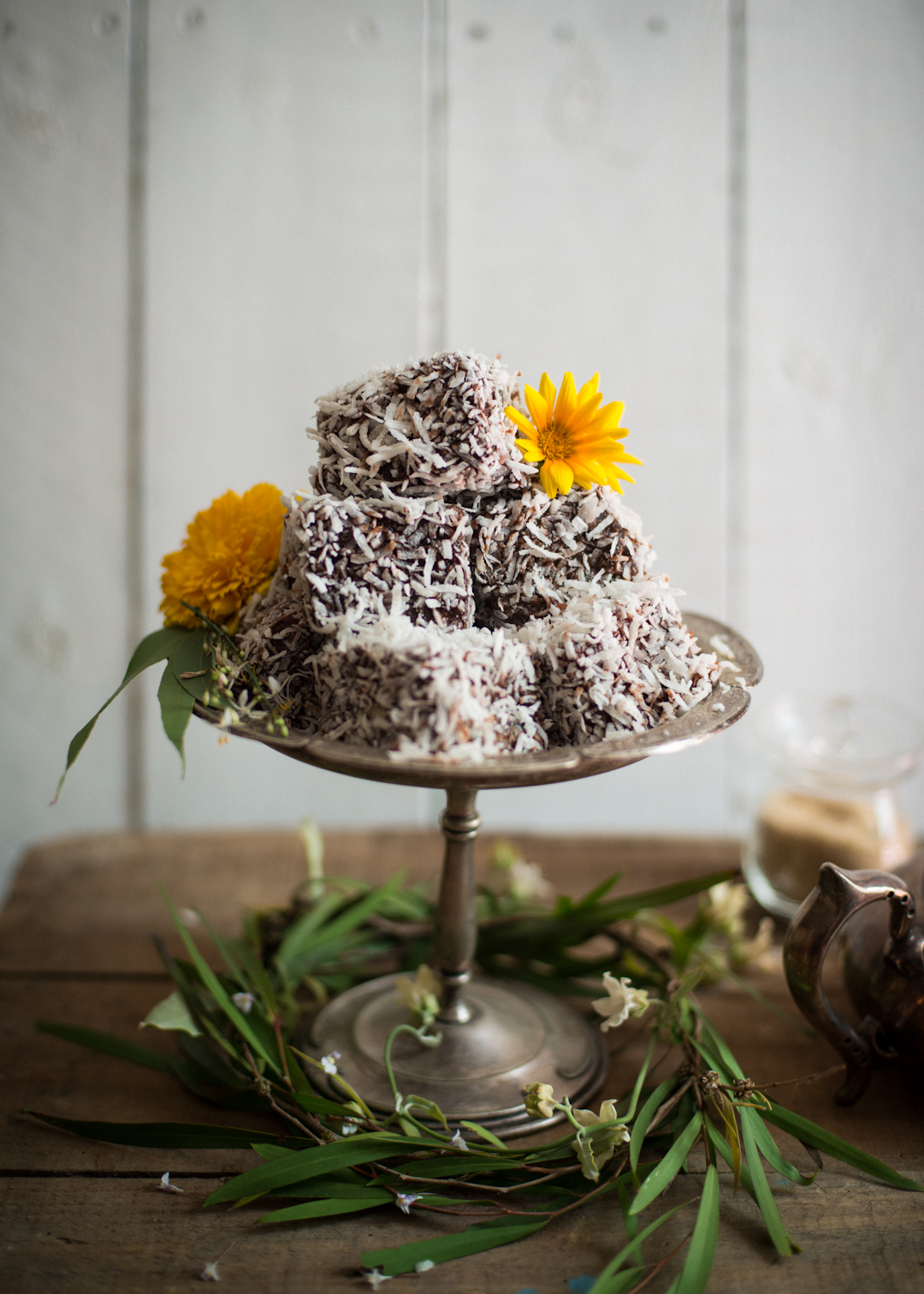 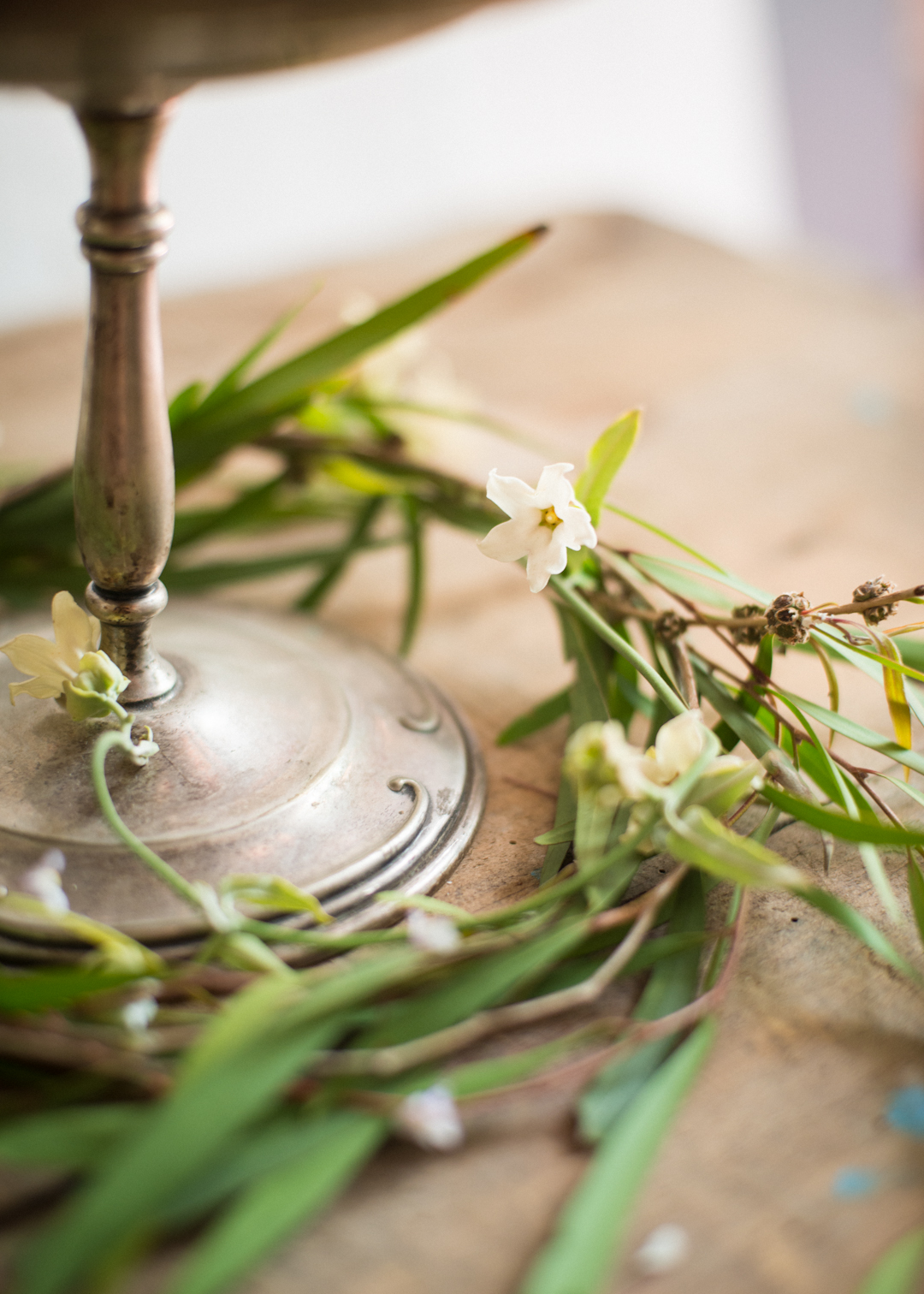 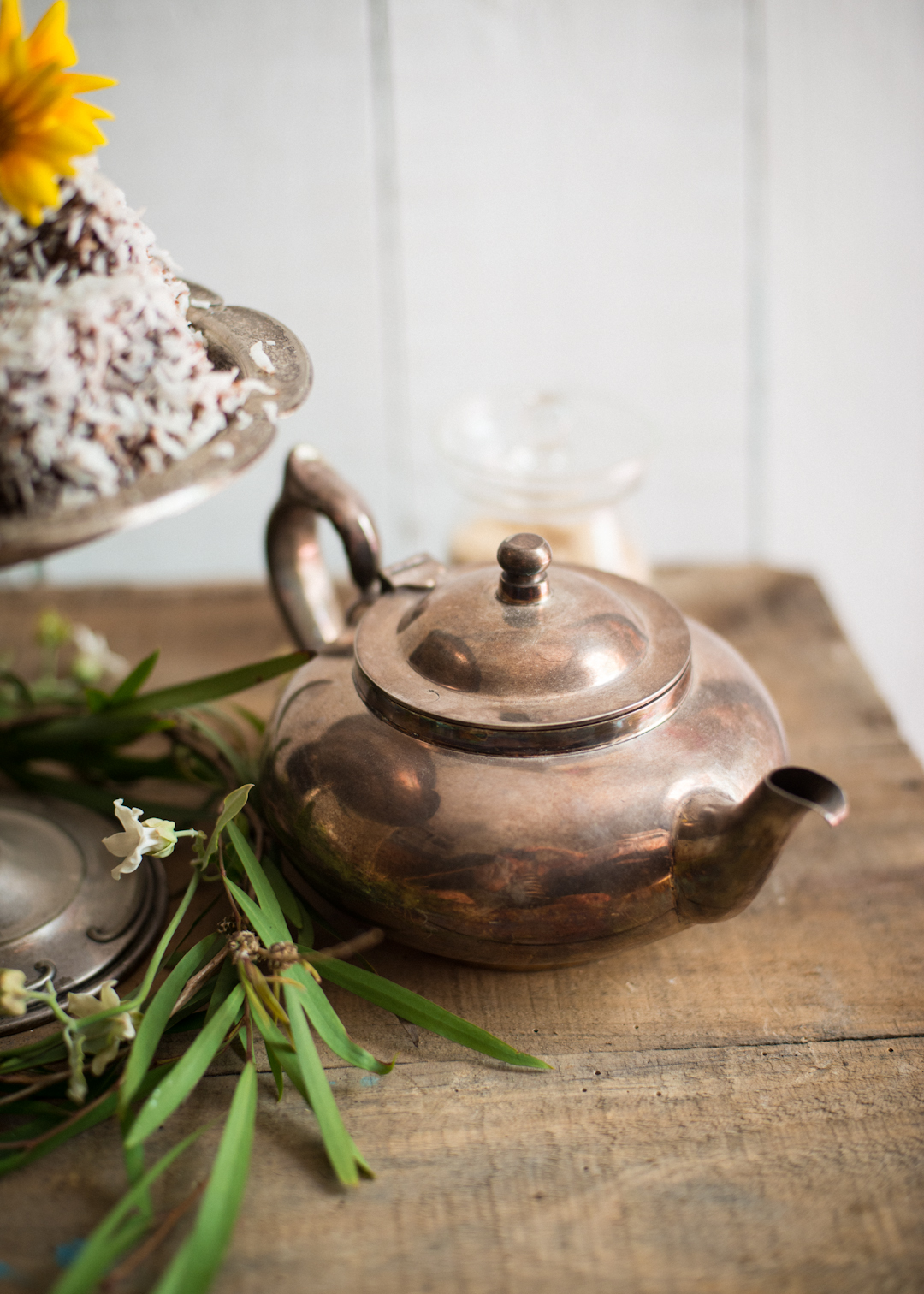 It was a bit of trial and error to see how it would work out, but as a whole I’m very happy with the result (and so were my taste testers!). I’ve mentioned it here on the blog before but Nutella is my downfall, my weakness. I bought a jar on Saturday and it was opened before I even made it back through the door. Once home I had a few more teaspoons… I couldn’t help myself. Annoyingly I didn’t quite have enough chocolate sauce to cover them all in the end because I was such a piggy. I’ll say I’ve learnt a lesson but I’d probably do the same again – I just can’t help myself. Damn you Nutella.

Anyway, whilst asking friends and colleagues about lamingtons I noticed there are a lot of people out there that feel very strongly about the jam filled version. For me, I’m not a fan so I made these sans jam. I also think that with the hazelnut flavour it didn’t really need it, but if you’re a jam fan you should definitely add some in.

Australians – enjoy your lamingtons (jam filled or not) and your Australia Day.

Rest of the world – you should really give these a go :)

PPS. These are the BEST lamingtons ever! 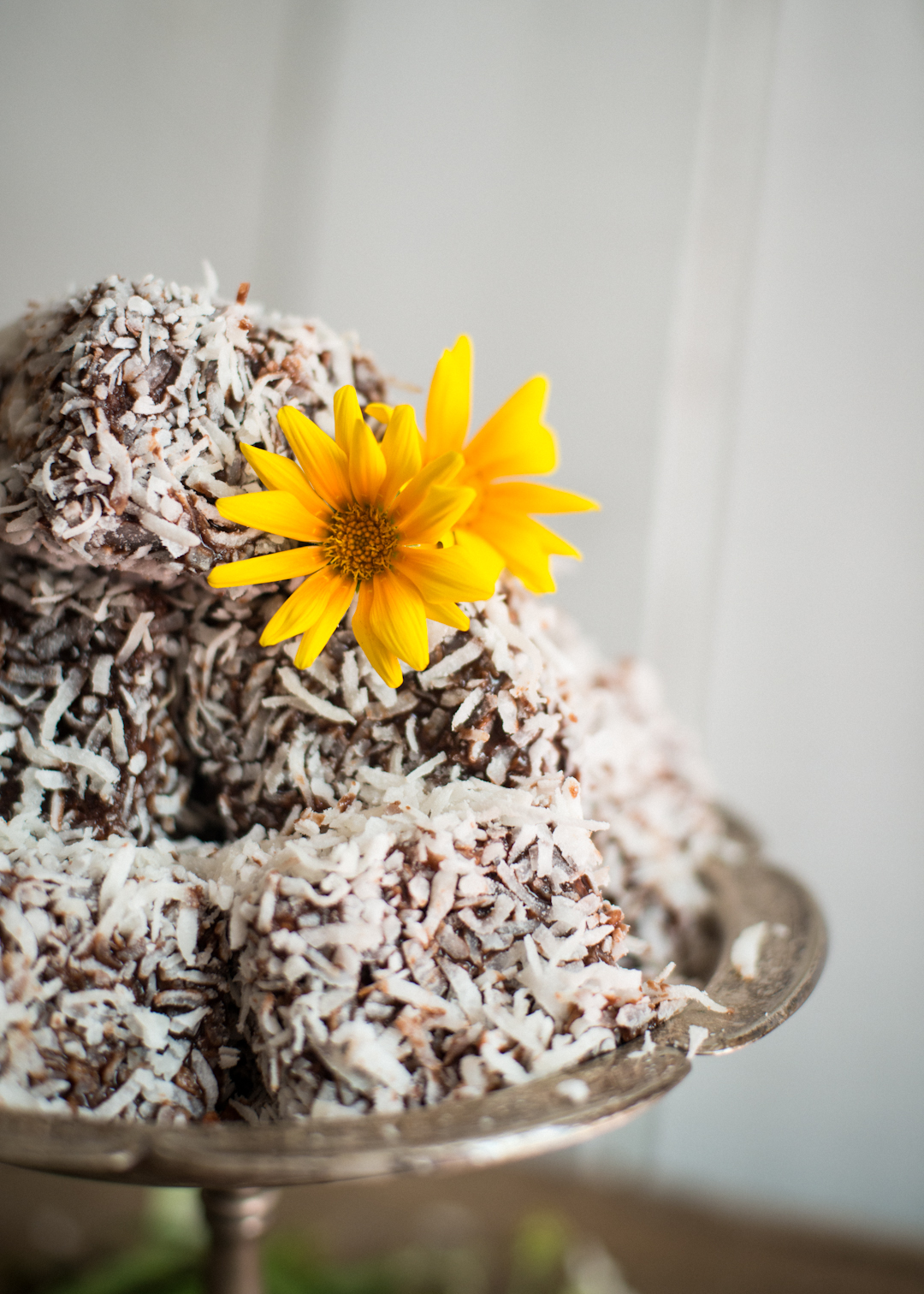 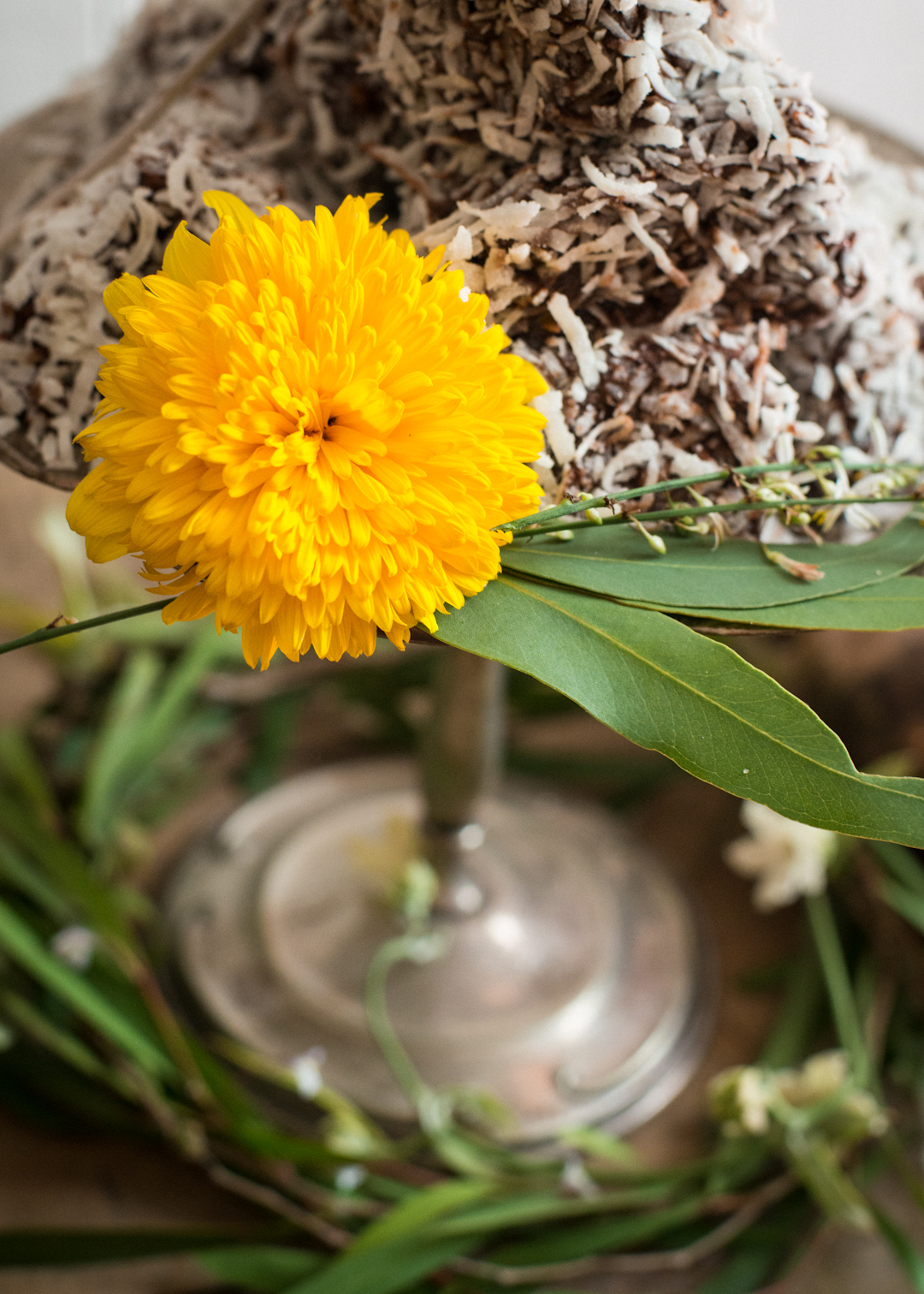 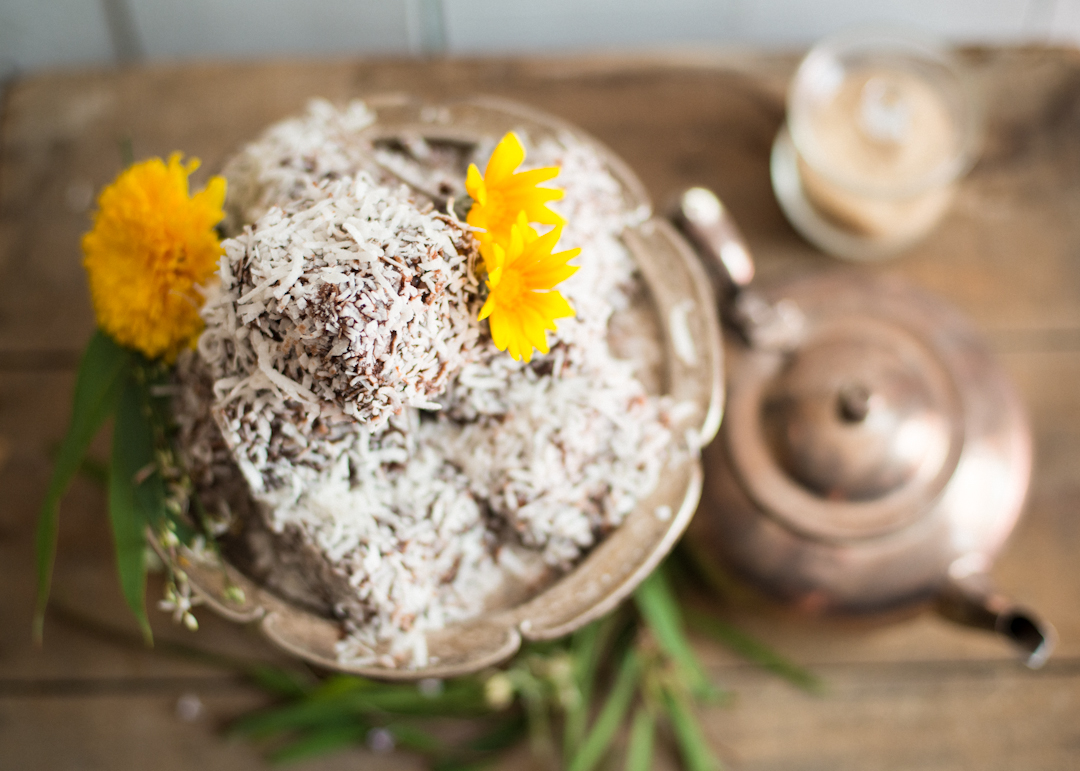 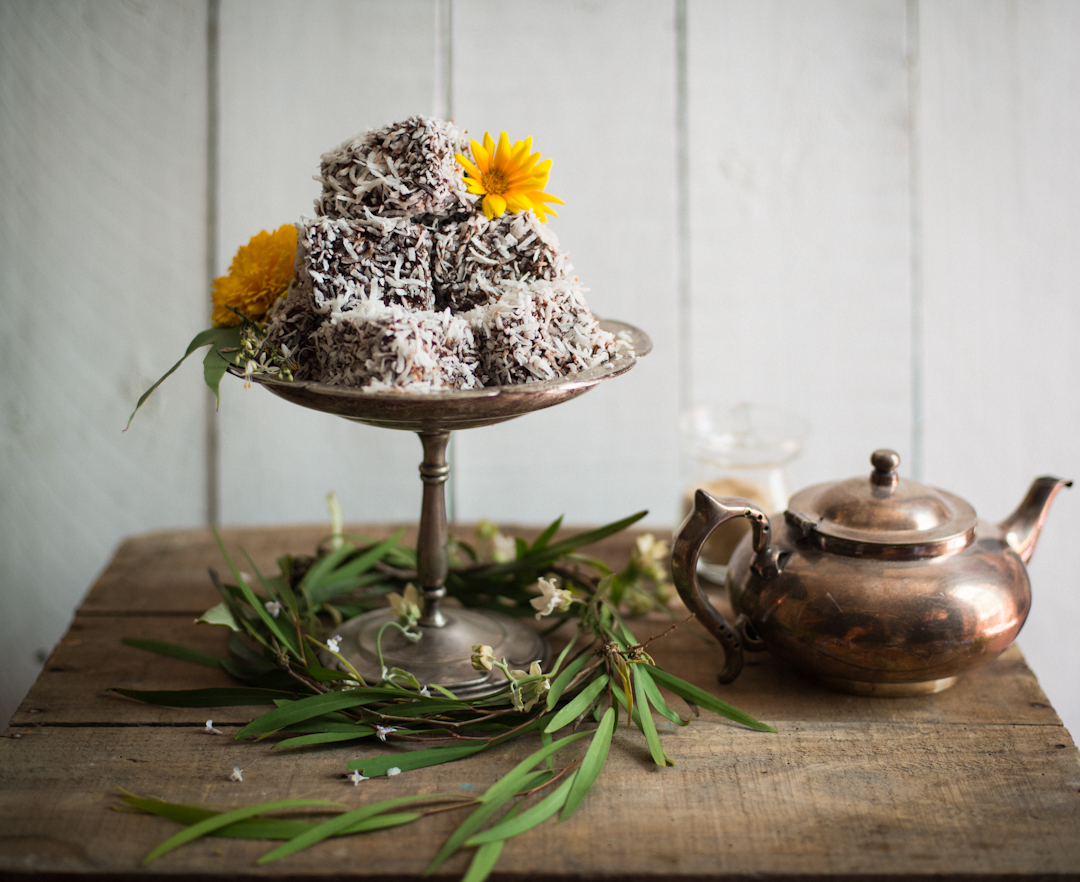 1. Preheat oven to 200ºC conventional or 170ºC fan forced. Into a measuring cup place flour, bicarbonate of soda, cream of tartar. Fill the rest of the cup with cornflour.

2. Meanwhile, beat eggs and sugar on high for 7 minutes. The mixture should doubled in size.

3. Whilst beating the eggs, sift the cornflour mixture 3 times onto greaseproof paper. After the eggs have finished beating slow the mixer down to the lowest setting. Add the vanilla, let mix for 30 seconds or so and slowly mix in the sifted dry ingredients.

4. Place the mixture into a large square tin and cook for 20 minutes. Cool on a wire rack and set aside for 24 hours to become slightly stale. Leaving the cake to slightly harden makes it so much easier when coating them in chocolate. Once covered in chocolate they’ll become quite moist again.

5. Next day, transfer the nutella into a small saucepan and place on low heat. Slowly add milk and icing sugar until it runs smoothly (and is easy to drizzle over the cakes). 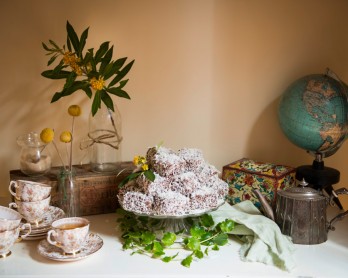 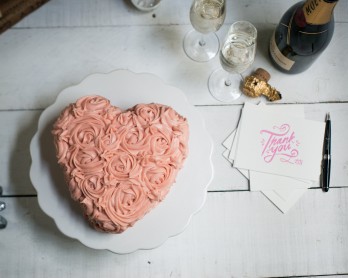 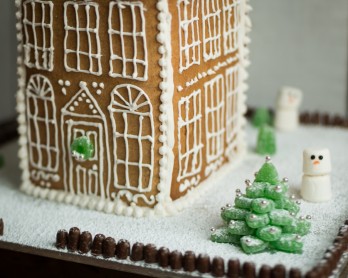 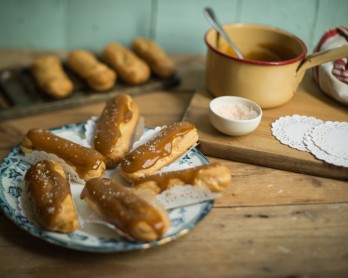