This week has been very French inspired. It all stared out on Wednesday with an invitation to celebrate an evening of French food and wine at Persimmon, the restaurant in the National Gallery of Victoria. A handful of Melbourne’s best French chefs have been invited to cook a number of Napoleon inspired dinners from June to October in conjunction with the winter masterpiece event Napoleon: Revolution to Empire. I was lucky enough to be invited to the evening that Nicolas Poelaert from Embrasse was cooking.

The night consisted of canapés followed by five courses. Each course was matched with a wonderful (mostly French) wine. Now I’m not pretending to be a wine buff, but these wines were seriously amazing. The French are such a clever bunch! This was the menu for the night:

Like I said, an amazing night with wonderful food and knowledgeable company. If you’re interested in experiencing some of Melbourne’s best French food, it’s not too late! There are three other nights available:

Tickets to the French dinner series plus entry to the Napoleon exhibition are on sale at ticketmaster but if you’re just interested in the dinner you can contact Persimmon directly.

Righto, down to this weeks dish. On Saturday I decided to cook Nicolas Poelaert’s family recipe for French onion soup. As simple as it is, I had never actually made it before. It’s super easy and really delicious. Nicolas’ family serve theirs with fresh sourdough bread and good quality Gruyere cheese (I used Tasmanian made Heidi Farm Gruyere). Although I wanted to make something French, it wasn’t until later that afternoon that I realised it was Bastille Day!  How fitting!  Although the cherry on the top of my French week has of course been watching all the action of Le Tour de France… so exciting to watch (come on Cadel!!!).

1.  Put a large soup pot on a very low gas and start peeling and slicing the onions, potatoes and garlic.

2.  Start browning the onion in the hot pot with a little olive oil and a table spoon of caster sugar. Do not cover.
Cooked slowly until brown, this process may take a while, the onions will start melting slowly and their natural juice will evaporate.

3.  When the onions juices have completely evaporated, keep stirring regularly until their colour change to a nice golden colour.
Add the potatoes, the garlic and a spring of thyme and water or chicken stock (all onions should be covered so add more if need be) and cook on a low gas for 40 mins.

4.  When the potatoes are cooked, switch off the gas and start blitz the soup with a hand blender until a smooth texture. The soup will always taste better the next day.

*Back at home, Nicolas’ mum and dad serve theirs with gruyere cheese and crispy sourdough bread. 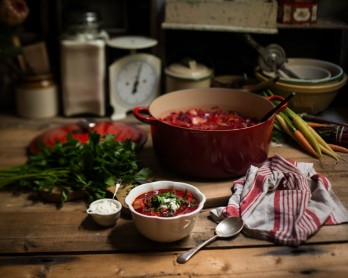 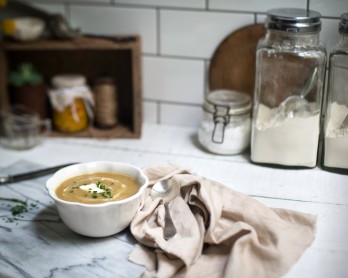 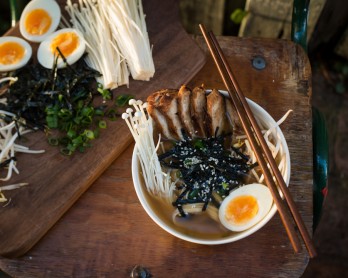 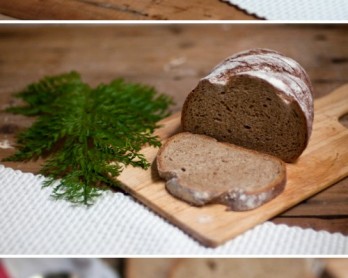